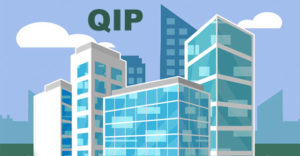 The law providing relief due to the coronavirus (COVID-19) pandemic contains a beneficial change in the tax rules for many improvements to interior parts of nonresidential buildings. This is referred to as qualified improvement property (QIP). You may recall that under the Tax Cuts and Jobs Act (TCJA), any QIP placed in service after December 31, 2017 wasn’t considered to be eligible for 100% bonus depreciation. Therefore, the cost of QIP had to be deducted over a 39-year period rather than entirely in the year the QIP was placed in service. This was due to an inadvertent drafting mistake made by Congress. But the error is now fixed. The Coronavirus Aid, Relief, and Economic Security (CARES) Act was signed into law on March 27, 2020. It now allows most businesses to claim 100% bonus depreciation for QIP, as long as certain other requirements are met. What’s also helpful is that the correction is retroactive and it goes back to apply to any QIP placed in service after December 31, 2017. Unfortunately, improvements related to the enlargement of a building, any elevator or escalator, or the internal structural framework continue to not qualify under the definition of QIP. In the current business climate, you may not be in a position to undertake new capital expenditures — even if they’re needed as a practical matter and even if the substitution of 100% bonus depreciation for a 39-year depreciation period significantly lowers the true cost of QIP. But it’s good to know that when you’re ready to undertake qualifying improvements that 100% bonus depreciation will be available. And, the retroactive nature of the CARES Act provision presents favorable opportunities for qualifying expenditures you’ve already made. We can revisit and add to the documentation that you’ve already provided to identify QIP expenditures. For not-yet-filed tax returns, we can simply reflect the favorable treatment for QIP on the return. If you’ve already filed returns that didn’t claim 100% bonus depreciation for what might be QIP, we can investigate based on available documentation as discussed above. If there’s QIP that was eligible for 100% bonus depreciation, note that the IRS has, for past retroactive favorable depreciation changes, provided taxpayers with detailed guidance for how the benefit is claimed. Specifically, the IRS clarified how much flexibility taxpayers have in choosing between a one-time downward adjustment to income on their current returns or an amendment to the return for the year the QIP was placed in service. We will evaluate what your options are as anticipated IRS guidance for the QIP correction is released. If you have any questions about how you can take advantage of the QIP provision, don’t hesitate to contact us. © 2020
PrevPreviousWhat are the key distinctions between layoffs and furloughs?
NextAnswers to questions you may have about Economic Impact PaymentsNext