Since the earliest days of this great country, Americans have come together to form clubs for fun and fellowship. Private clubs have always been the venue of choice for building high-quality relationships, networking, and entertaining.

The founders of the ACA had a vision to build high quality, professional relationships within the private club setting, to create unique and expanded opportunities to entertain clients and colleagues and to develop one of the most elite and influential networks in the country. The founders soon discovered that the synergy created by their cooperative efforts began to significantly benefit not only their own careers and clubs but also their local communities. 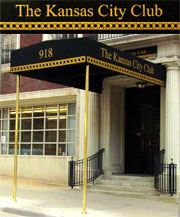 Under the leadership of General Manager, Brian Harrison and President, Martin Hess the club is succeeding in their quest to bring the ACA model to cities throughout the nation and internationally.  In 2019 Douglas L Freeman, CPA was retained as the Accounting and Tax firm for the ACA.  “The accounting firm of Doug Freeman CPA has been instrumental in establishing the financial structure for the American Club Association. The ACA provides full administrative support to all of our ACA Business Clubs so we must have the top financial resources to support the network. Doug is not only someone you can trust but he has the vital experience and knowledge as well, states Martin Hess.” Learn more about the ACA at www.acanetwork.org.